Ladies and gentlemen, after a month of feverish catch-up, I present to you… my Top 10 Albums of 2013!

10. Alone Aboard the Ark (The Leisure Society)

Comparisons to Belle & Sebastian and the Divine Comedy give you a good sense of the Leisure Society’s gorgeous chamber pop. But Nick Hemming’s songs have an ultra-British identity all their own. HIGHLIGHTS: “Another Sunday Psalm,” “Fight for Everyone,” “One Man & His Fug”

The Wasilla, Alaska psych-rockers tighten up their sound with a hand from Danger Mouse, resulting in perhaps their strongest album yet. HIGHLIGHTS: “Atomic Man,” “Modern Jesus,” “Someday Believers”

Former Drive-By Trucker Isbell faces down his struggles with alcoholism and identity with these dozen folk-country gems, charting his passage from despair and self-loathing to cautious optimism with plenty of nerve and plenty of heart. HIGHLIGHTS: “Another Sunday Psalm,” “Fight for Everyone,” “One Man & His Fug”

7. The Raven That Refused to Sing (& Other Stories) (Steven Wilson)

Modern prog’s shining light turns in a minor masterpiece with this collection of musical short stories inspired by (though not based on) the works of Edgar Allen Poe. HIGHLIGHTS: “Luminol,” “The Raven Who Refused to Sing”

2013 was the year of large-scale albums about androids, apparently. In telling the story of Cindi Mayweather, Ms. Monáe demonstrates a mastery of African American music, in all its forms, all-but-unmatched since Stevie Wonder’s 70s heyday. HIGHLIGHTS: “Q.U.E.E.N.,” “Electric Lady,” “We Were Rock & Roll,” “Victory”

It’s one thing to write a song that could’ve easily appeared on Déjà Vu; it’s another to get Crosby & Nash to join you in the studio and sing it. Wilson’s sprawling valentine to the early 1970s is full of such wonderful moments. HIGHLIGHTS: “Fanfare,” “Cecil Taylor,” “Dear Friend,” “Lovestrong” 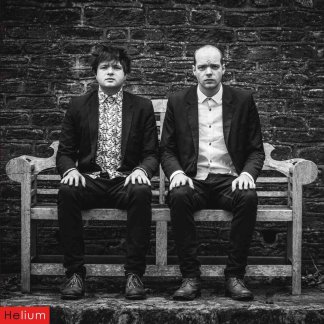 I can think of no better description of IDIOTS than to say that it sounds like a more sophisticated Fountains of Wayne, with the added bonus that Alex and Thomas White can write songs that aren’t jokes for once. HIGHLIGHTS: “Summertime in My Heart,” “The Corner of Highdown & Montefiore,” “Welcome to the Weirdness”

English singer-songwriter David Ford evokes Bruce Springsteen in his ragged-but-right voice, his heady brew of Americana influences, and the passion with which he invests every word he sings. HIGHLIGHTS: “Pour a Little Poison,” “What’s Not to Love,” “Every Time”

With NEW, Macca turns in one of the most consistent sets of his career. And despite the title, there are few surprises here – just rock’s greatest living songwriter doing what he does best. HIGHLIGHTS: “New,” “Queenie Eye,” “Early Days”

Daft Punk go for broke on their triumphant return to form, masterminding a seventy-five minute monster that leaps from progressive rock to jazz to French House to funk to orchestral bombast without losing its focus for a second. Through it all, the common denominators are the French duo’s consummate craftsmanship and the deep humanity of these “Digital Love” songs. HIGHLIGHTS: “Give Life Back to Music,” “Touch,” “Get Lucky,” “Giorgio By Moroder,” “Beyond”

Between individual tracks “Heart,” “Kali 47,” “Robin Hood,” and “Spacewolfe,” among many others, glitch-hop maestro Savant (Aleksander Vinter) has had an absolutely stellar year. Indeed, he’s so prolific–2013 alone saw three full-length LPs and two EPs–that he ends up making better tracks than full albums. So while none of those albums cracked my Top 10, Savant still deserves a shout-out for making some of the best damn music of 2013.

SONGS WORTH MENTIONING
Despite the fact that their albums didn’t quite make it to the Top 10, these artists still produced some of my favorite  songs of the year:

And there we are – a great year for music of all genres! I’m going to keep up a little better with this new year, so as to avoid having to cram quite so much into next December; thus, I’m hoping to listen to and review a new release every week. Onward to 2014!