After a solid decade of struggling to find full albums that I’d even listened to, 1995 marks, for me at least, the beginning of something of a rock & roll renaissance. Maybe it’s that bands were finally getting away from that highly produced sound that indelibly marked out even relatively organic records during the latter half of the 80s. Maybe it’s that by 1995, the 60s nostalgia boom was in full swing, with box sets and remasters being released left and right (e.g., Beatles Anthology), older groups coming out of retirement (or at least commercial retirement) to take advantage of (some would say “cash in on”) this new-found wave of interest in their work, and newer artists raiding their boomer parents’ record collections even as they tuned into alternative radio. Or maybe I’m talking out my ass, inventing a retrospective narrative in order to offer some seemingly insightful commentary. In any event, 1995 was a good year.

Spock’s Beard waste no time on their debut, vaulting listeners headlong into the 15-minute epic “The Light.” It serves as a prime example of the band’s ability to alternate and blend supremely melodic symphonic prog and poppier vocal sections. It, and the other tracks here, also reveal Neal Morse & Co. at their goofiest, a trait that would largely have vanished by the time V and Snow were released.

4. BACK IN THE WORLD OF ADVENTURE (The Flower Kings)

The Flower Kings bookend their first proper album (The Flower King was technically a Roine Stolt solo outing) with two strong candidates for Best Prog Rock Song of the 1990s, “World of Adventures” and “Big Puzzle.” There’s much to love in-between–I’m particularly fond of the 7/4 march “Atomic Prince/Kaleidoscope” and the instrumental “Theme for a Hero”–but those two songs (27 minutes between the two of them) are truly stellar. 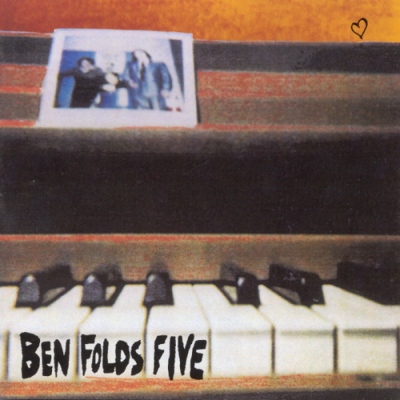 I’m probably alone in considering Ben Folds Five’s debut the trio’s weakest album. It’s probably because I like Ben Folds better when he’s playing it straight (see: Rockin’ the Suburbs) than when he’s snarking. But goddamn it, “Underground” is really freaking funny. And there’s a noisy (I mean, relatively – Folds is the best rock & roll pianist this side of Elton John), almost punk-y abandon to this first album that admittedly gets streamlined on later efforts.

Jon Oliva and Paul O’Neill had already turned in a great rock opera with 1991’s Streets, not to mention several albums’ worth of decidedly symphonic metal. But it’s hard not to hear Dead Winter Dead as a dry run for the Trans-Siberian Orchestra. Like TSO, Dead Winter Dead frequently verges on (and sometimes outright crosses the line into) cheese. But for all its theatricality–or perhaps because of it–this concept album about the Bosnian War ends up being incredibly affecting.

I’m not really qualified to say who won the Battle of Britpop. For one, I was 5. For another, it’s only been in the last few weeks that I’ve finally started listening to Blur, whereas Oasis have been with me since I was 11 years old (shortly after I discovered the Beatles – any guesses as to the connection?). But seriously, listen to this album! Marrying the messy, gleefully plagiaristic grandeur of Oasis’s debut to bigger, better songs and fuller arrangements, (What’s the Story) Morning Glory? reveals a band altogether more multifaceted and accomplished than the one that made Definitely Maybe.