If you’ve been keeping track of these lists, you’ve probably ascertained I’m a big Paul McCartney fan – apart from dominating with the Beatles during the 60s, of course, he made a strong showing on my lists for 1973, 1982, 1993, and 2001 and topped the lists for 1989, 1997, and 2005. If you know Paul’s discography well enough to know which albums correspond to which years, then, you’ll also know that 2007 is the first year since 1989 in which Paul’s released an original studio album that said album (Memory Almost Full) hasn’t made the list. Sorry, Paul. It’s a fine record, it really is; but Bruce fills the requisite “album by an older artist” slot this time around.

5. WINCING THE NIGHT AWAY (The Shins)

Wincing the Night Away had the widest sonic palette of any Shins album up to this point: “Sleeping Lessons” is built around a ghostly synth arpeggio; “Sea Legs” features graceful flute over a syncopated, sequenced drum pattern; and “Black Wave” is eerily atmospheric, to name but a few examples. They’re successful experiments, however, demonstrative of continued artistic growth; and “Australia” and “Phantom Limb” still number among the finest slices of pure guitar pop in the Shins canon.

Unlike many Springsteen albums, Magic doesn’t have an overarching theme. It’s just a bunch of songs; but they’re pretty great songs. Nothing to challenge “Thunder Road” or “Badlands,” or even “My City of Ruins.” But “Radio Nowhere” is one of Bruce’s best rockers of the new millennium, “I’ll Work for Your Love” nails that classic E Street glockenspiel-laced sound, and “Long Walk Home” has one of those proud-to-be-an-American-but-not-in-a-cheap-jingoistic-way lyrics that only Bruce can make work: “Your flag flyin’ over the courthouse/Means certain things are set in stone/Who we are, what we’ll do, and what we won’t.”

There are still acoustic-guitar-and-voice folk songs here, in keeping with Idaho-born songwriter Josh Ritter’s previous (and, in the wake of The Beast in Its Tracks, subsequent) work. But more often than not these songs are pumped up into Dylan-via-Springsteen-via-Wilco folk-rockers with ragged drums, wailing organ, and punchy string and horn arrangements. Whatever his musical backdrop, though, Ritter retains his brilliant, positively Dylan-esque lyricism and deep humanity throughout. 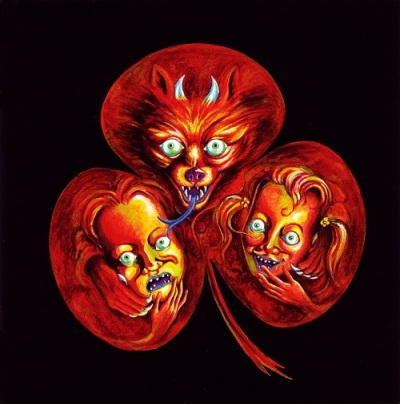 Surprisingly enough, it’s been a few years since a prog artist has made the lists. But if any prog album of the new millennium deserves to be mentioned, Doomsday Afternoon does. With lush symphonic arrangements that recall everything from Jethro Tull to Genesis to Änglagård to Pink Floyd to Porcupine Tree without so much as verging on copycatism, Xavier Phideaux sketches a post-apocalyptic landscape in which humans, in thrall to a technocratic corporate state and seduced by a “Doctrine of Eternal Ice,” have rendered their own planet unlivable. Sound familiar?

To explain why I love Jens Lekman so much, I’m going to pick just two songs from Night Falls Over Kortedala. Awash in glockenspiel and a magnificent soulful vocal sample, “A Postcard to Nina” details an awkward dinner date with a German lesbian who needs a boyfriend to take home to her well-meaning but old-fashioned parents – and of course, Jens ends up falling in love with her. Then cut to “Kanske Ar Jag Kar I Dig,” (Swedish: maybe I’m in love with you) which features the exact same vocal sample (this time in the context of funky syncopated guitar and swooping brass) and a line that perfectly sums up everything Jens Lekman is about: “I think I’m gonna drop my cool now/The best way to touch your heart is to make an ass of myself.”